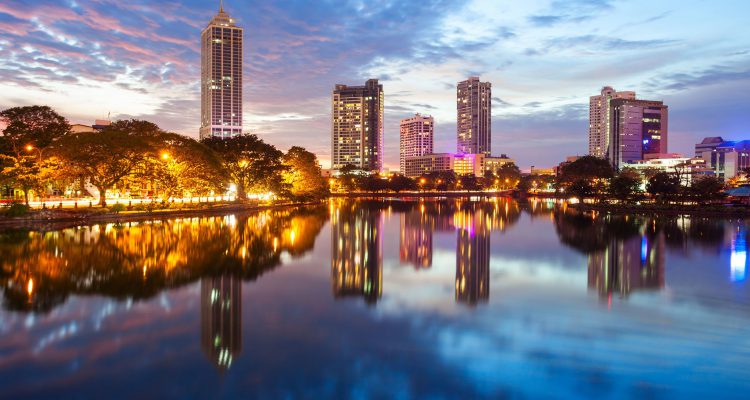 Centuries ago, the Dutch built the island’s urban canal system, which was later modified by the British. The waterways that have become an eyesore today zigzagged across the island, following natural contours and facilitating trading activities all over the country during their heyday. Today, a large number of economically impoverished families live alongside these polluted waterways.

A study conducted by the University of Kelaniya has found that residents living nearby the St’ Sebastian Canal frequently suffered from skin sepsis, fungal infection, vector borne diseases and waterborne diseases. It recommends immediate actions to prevent such diseases caused due to water pollution.

Moreover, 80 per cent of marine pollution stems from land-based activities and enters the ocean via inland waterways. Therefore, it is obvious that neglecting the maintenance of urban waterways has a significant impact on environmental pollution, which is among the greatest threats to life and well-being that we face today.

Many of us must have walked past the jade-green waters of the Beira Lake and the St’ Sebastian Canal at Hulfsdorp. Despite the glamorous façade of the city, Colombo is home to many such waterways, most of which are not properly maintained. For instance, the waters of the Dematagoda canal are as dark as a black ribbon, full of factory run-off and all sort of garbage. Weed blankets smother these waterways, making it impossible to see beneath while destroying the eco-system in and around them.

Kayal’s high-tech drones are much effective than the current labour intensive cleaning technique used by the state authorities. The project was started in March, 2019 and now they are in the final stage of engineering the market product.

Upon completion of the final product, Kayal claims that it can reduce the operational costs of cleaning the waterways up to 90 percent. It estimates that 30 Aqua Drones and 30 operators are capable of cleaning the city’s waterways at 80,000 USD.

The project will be officially launched in December, 2019 in collaboration with a state authority in-charge. We hope that Kayal will be able to give a new face to Colombo’s canal network.