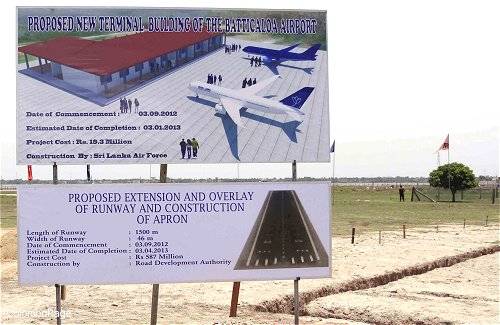 The project which is estimated at USD 6 million will consist of a 1700-metre long tarmac strip and a single terminal that will facilitate travel to eight other domestic airports that are being planned across the island.

According to reports, other planned airports will be constructed in Koggala, Kandy, Nuwara Eliya, Sigiriya, Trincomalee,  Ampara and Palaviya.